As requested, this sub-forum is for partying, fun, gossip, conundrums, flirting, comedy, tragedy, or whatever.
Post Reply
106 posts

I'm on the West coast. Last year, after the lockdown drama and crazy riots, who would've believed wildfires would burn out of control? For me, I think nuclear weapons will be like that. Inconceivable at this time. At first used tactically on military targets. But then more liberally.
Maybe like thinking about what kind of treatments you'd try if you had terminal cancer. It's hard to. You'd try anything at some point.
The weapons are available and give the impression of tactical usefulness. As John says, eventually they'll all get used. We can only hope some new technology or something renders them inoperable or obsolete or disables their delivery or destroys them in their present location. But it's hard to conceive of such a future
Top

Thanks for the post, I enjoyed it because it was genuine. To clarify just one more thing, I am not superior, nor have I said that I was. My posts either demonstrate a command of the matter at hand, or they do not. Of course, others who are reading (if this is the case) can decide.

A possible scenario I foresee will be that BTC will be an asset for those who are in fact at an elevated, or separated, status due to the fact that the plebs will have to deal with a digital dollar that is manipulated even more by the US (or whichever) gov't. That's why your meager definition of necessities allows you wiggle room enough to never admit it. The problem with your answer is that BTC could be a phenomenally important and advantageous asset class, but you still won't admit that you were wrong if you get to eat bugs and survive? Nobody is buying that. But I have my answer.

OK, good, because I felt my post required some clarity, as I rushed over some topics and may have created confusion in some areas as to what I really meant to say. I'm glad that clarity is not needed because it is tedious.

Regarding your second paragraph, I'll just quote something along those lines and comment on it.

--Hugo Salinas Price (transcribed from the link above)

So let's say that the world that Hugo Salinas Price described a few years back is what actually happens with bitcoin taking the place of gold in his scenario, similar to yours. The question is whether, under that scenario, I aspire to be a part of the elite group that is separated due to their ownership of gold or bitcoin. The answer to that question is actually no, I have no such aspirations. I think there are plenty of posts in this forum to demonstrate that. My mentality is one that's pretty skewed toward survival and not much more, with independence from and separating myself from the elites being a high priority.

Of course, that's a separate issue from whether, under that scenario, I would admit that I was wrong about bitcoin. What I can envision under that scenario is there would be a brief time that would come where I would be hungry, exhausted, uncomfortable due to the elements, etc., and in my extreme discomfort would say, dammit, I wish I had listened to Cool Breeze and Vince Cate and gotten some bitcoin. I say that because I've been in similar situations after quitting the security of corporate or government jobs, but only very briefly. I was telling somebody just a little while ago that a little known consequence of braving the elements in the far north during the winter was needing to use my left hand to get my right hand into my pants pocket because it was too painful to stick my right hand directly into my pocket for 3 months out of the year because it was so cracked and bloody from working in the cold. I did that for 8 years with no regrets. I would also say I'm better for the experience, and it probably helped me develop the skills and mental toughness that will be needed to survive the upcoming collapse. Age is not on my side this time, though.

Great answer Higgy. You must understand that I don't want to be part of the "elite" either. It has been revealed to me that I am to assist others when difficulties arise, and I will do this because all glory belongs to Jesus Christ and also, because in former days when I saw the beauty of the world and how many wonderful things I inherited in my life/how many gifts were given to me, I promised God I would. Pray that I make good on it.

I certainly see Hugo Salinas Price's prediction as a possibility, I am sad to say. It is the quality of the "collapse" that we all discuss and sometimes quibble about.
Top

Now you're being ridiculous. No one is near Butler.

I post all sorts of high level stuff, you just don't like critiques - just admit it. You can't handle information and interact like I do with "garbage" posts, only the Butlers of the world have garbage because they can't even think straight on 1 issue. We agree on a lot of issues - but you see me as a thorn due to my refining and tilling via questioning.

You combined all sorts of topics here.

Let's start first with "debt not being sustainable". There is no one on this board who disagrees with that, save for maybe Bobby B. We agree, so that was never a question of when you were wrong. But even understanding that debt isn't sustainable is fairly useless without a time frame, in the same way that I have said, "Look at how great I am of a predictor of things, I'm gonna die one day!" Same shit. Now don't get mad because again, we agree. But it's not necessarily helpful to tell someone "you can't live forever" so I'm not wrong. Ok, great job.

Then you sloppily link all these ideas with religious devotion again. A financial crisis cancause a war, but many have not. So they are not necessarily related. And then it's not only a war, it's WWIII. Ok, I'm still with you that it is possible, but you don't know that that will be true.

The worst part is the last part (which was actually our topic of conversation) ... the rushed "and bitcoin will go to zero."

LOL, you have no basis for saying that, but I guess because you said so, you "win"? Great argument.
Top 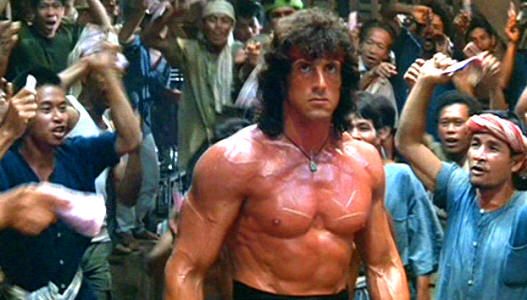 You think like Rambo. You should have stayed at the monastery in Thailand...

Da Kardii is more like Ace Ventura at the monastery...

Seriously, go check out the link I posted for the RV Antonopoulos interview. Most of the people in the society (and here) don't have any idea of what they don't know about blockchain and BTC.
Top
Post Reply
106 posts

Return to “The Mixer”

Users browsing this forum: No registered users and 1 guest